Last week we reported on a Feb 27 mass shooting threat against OSU, and dug into how it was handled by the college. Whenever an incident of this nature occurs at OSU or LBCC, the situation is thoroughly examined and evaluated. We had a chance to sit down with OSU Vice President Steve Clark, and learn about the changes OSU is making in the aftermath of these events.

The author of the threats, Christopher Strahan, was actually a student at Linn-Benton City College, and students who shared a classroom with him were concerned that they weren’t notified of a possible danger. Clark explained that OSU is going to add the LBCC Department of Public Safety to the school’s alert system in an attempt to keep LBCC better informed during such an incident.

Some students were concerned that the warnings issued by the school were too vague. The first one informed OSU students and staff that “concerning tweets” were being investigated, and a follow-up an hour later acknowledged that violence had been threatened. Clark explained the school’s reasoning in limiting public information at the time.

“Because the threat that [Strahan] alleged was for the following day, law enforcement said that at no time was the Oregon State community, or the Corvallis community in any danger,” said Clark. “What we would not do is post a public communication and say ‘we believe this suspect to be this individual’ because that would compromise law enforcement’s ability to investigate, locate and arrest the suspect.”

Clark does believe that OSU could have done a better job communicating law enforcement’s belief that the campus was not in danger, and pledged to correct this in the future.

“In hindsight, Clark continued, “the communications we did send out, we believe that they should have specified that the threats were reported to occur on Wednesday Feb 28, not Tuesday the 27th.”

OSU was not aware that Strahan was a student at LBCC at the time of the warnings, but Vice President Clark claims that LBCC’s Department of Public safety was contacted anyway, shortly after the warnings were issued.

OSU’s March 19th security update shows that new security initiatives are in the process of being implemented, such as a social media threat detection system, and a new safety information website.

“We recognize that in a time of emergency, people have fears,” said Clark. “We can be thankful that we have a number of procedures that we continue to expand, we can be mindful of what we need to improve, and we can recognize that it’s never enough. We will continue to evaluate and improve.” 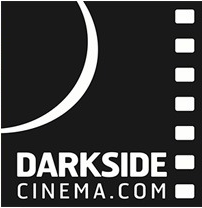